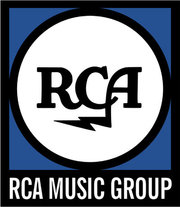 The RCA Music Group is home to several of the biggest stars in the overall music industry. Chris Brown, Britney Spears, Jamie Foxx, Alicia Keys, and others are home to labels under RCA. Jive, Arista, and J Records have all become iconic record labels in their own respective rights.

Jive Records was founded in 1977 as a management and publishing company. During the early years of Jive, they joined forces with Clive Davis and Arista Records. Under Sony’s RCA, Jive Records is known for being the home of Justin Timberlake and Usher, among other stars.

Arista Records was founded in 1974 by Clive Davis under Sony and was eventually placed under RCA and has experienced tremendous success. During the 1990s, Clive Davis agreed to bankroll a vanity label for rising industry executive, Sean “Diddy” Combs, which became Bad Boy Records. Arista has been home to several urban artists over the years.

J Records was also founded by Clive Davis, launching in 2001, after he was ousted from Arista. Following the mold of his previous label, Davis moved Busta Rhymes and his Flipmode Records to the label, where they remained for five years. However, J. Records is primarily known for Alicia Keys and Jamie Foxx’ successful releases.

All three of the labels have ceased operations and all the artists signed to the respective labels have been transferred over to RCA Records. The head of the RCA Music Group said the artists were informed of this shut-down ahead of time. Columbia Records, the world’s oldest record label, will not be impacted by the dissolving of the sister labels.