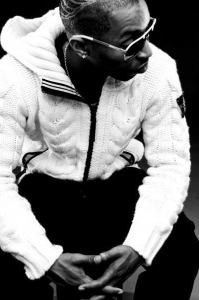 By 2007, T.I. had claimed his crown as King of the South. No other rapper was releasing albums as consistent as he was, with the type of sales and acclaim. T.I. wanted to truly prepare for his sixth studio album. For this album, T.I. took his time, writing rhymes instead of freestyling on his records.

In 2008, T.I. released Paper Trail, his most-successful album, to-date, commercially. The album contained several top five hits and solidified T.I. Sadly, it was after this when T.I. was sentenced to prison. His prison term forced T.I. into taking a hiatus during the peak of his career.

Despite everything against him, T.I. is now working on his eighth studio album. His mind is focused on getting back to the top of the game and his team is ready. Drumma Boy, one of T.I.’s producers, spoke on his latest album, saying it will be his best yet. Through Drumma Boy, T.I. linked with 2 Chainz and got on the “Spend It (remix).”

While Drumma Boy is confident his new album will top Paper Trail, he feels T.I. should drop a mixtape for the streets to let them know he is back.