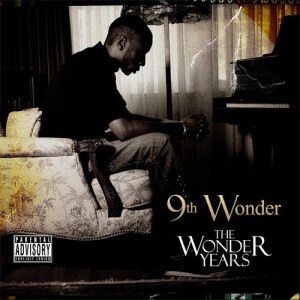 Outside of J. Cole, not many people are aware of the hip hop scene in North Carolina. Because North Carolina is in the South, most expect the typical Southern sound. However, this is not the case. 9th Wonder was among the many North Carolina rappers releasing their debut albums.

9th Wonder continues to buck the trends, on his album. Already a famous producer, 9th Wonder proves he is no slouch behind the microphone either. While his album likely will not receive the same commercial support as other artists, it is definitely worth a listen. 9th Wonder’s best talent is his ability to fuse different genres of hip hop together.

One of the best tracks off The Wonder Years is “Enjoy,” which features Warren G, Murs, and Kendrick Lamar, as 9th Wonder is able to switch it up and come with a West Coast flow. 9th Wonder proves he is one of the most-versatile rappers in the game with his debut album. Many rappers love rapping over R&B beats, but few actually master this. Not only does 9th Wonder master rapping over an R&B beat, he also holds his own against veteran rappers, Raekwon and Masta Killa.

The Wonder Years is a creative opus and it is obvious 9th Wonder put in the quality time and effort in order to make this album happen. While other albums may be better, few will have the sheer sincerity of the debut album from 9th Wonder. Years from now, or possibly sooner, hip hop critics will hail The Wonder Years as one of hip hop’s classic albums.