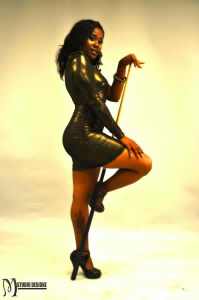 Much like many others in the modeling industry, Letitia one day hopes to become an actress. She ended up modeling because of her history with beauty pageants. With the two fields so close, it was only a matter of time before Letitia ended up modeling.

In order to actively pursue modeling, Letitia joined Suga Cane Ent. and has been getting a few gigs. Now, active in the Atlanta nightlife, she has worked at a number of clubs. Esso is among Letitia’s favorite places to work.

Letitia recently discussed her career, and her future, with the modeling industry with Hip Hop Vibe.

In the future, do you also want to do some acting? I also love to act, I would love to get jobs dealing with acting, but it’s coming soon for me.

Have you been featured in any videos? Not yet, but I would love to in the near future.

What has been the most-exciting part of your career, so far? Well, there has not been anything too exciting, or should I say nothing I was not already used to.

How do you deal with all the stress that comes along with this lifestyle? It is really no stress at all, only dealing with making the type of money you would like to make.

Outside of modeling, what is your favorite activity? Singing, shopping, playing softball with the Hurricanes, working on my website for my boutique, and trying to finish up writing my book, Reflections of Tia.

If you were not modeling, what would you be doing? If I wasn’t modeling right now, I would be traveling around the world with my lover.

See more photos of Letitia below: 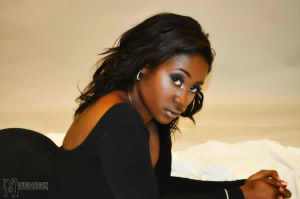