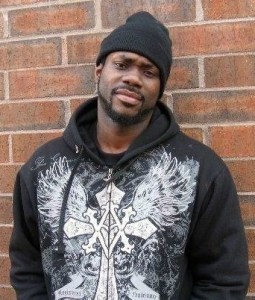 Many have written off New York, as a whole. In the NBA, the New York Knicks have experienced trouble for nearly a decade. In hip hop, New York has been in ruins ever since the release of The Black Album by Jay-Z.

However, just like the New York Knicks, there are glimmers of hope on the New York hip hop scene. Among the people helping return New York to its former shine is label owner and video producer, Ron “Shaq” Hayes. As the head of Chauncity, he is making things happen.

Simultaneously, Hayes is running Chauncity Music Group and Chauncity TV. While the record label is still on the rise, the DVD series has become a major success. Ron Hayes recently sat down with Hip Hop Vibe to discuss a myraid of topics, including his nickname, the Chauncity brand and the upcoming DVD.

Did you launch it alone, or was it with Devon Mack? Yes, me and my partner launched it together.

Your work with Real Talk DVD is what led to the Chauncity DVD? Actually, no, it didn’t really. Honestly, MTV is what inspired Chauncity TV because we got tired of trying to put our own videos out there with no one playing. Frustrated, we created our own media outlet, so we could not get turned down.

How do you feel about the critics who say New York hip hop has fallen off? Well, to be honest, I think the critics are right. I believe hip hop is all in all, in certain ways, and I believe it can be fixed. I agree 100% with the critics, everyone in New York is copycatting. There is nothing original, and this is where Chauncity TV comes into play, we’re going to help bring this back.

So, you would compare current New York hip hop to the dark ages of the New York Knicks? The two have been identical for years. However, the New York hip hop scene is not on the level the Knicks are in basketball, just yet. But, in the next couple of years, it will be. The Biggie essence is definitely there, and we’re going to help bring it back.

You are currently preparing for the Vol. 2 of Chauncity DVD? Yes.

Who will be featured on this upcoming DVD? We have a whole bunch of features. DZ Alias Khrist, Billionz, Steel from Smif-N-Wessun, Real Eyez, she’s a female artist, Duo Lide, who toured with Wu-Tang. Arliss Michaels will also be on the DVD, Uncle Murda, First Look Sessions, one of the biggest media showcase outlets for up-and-coming artists who are trying to get their name out there.

Before Chauncity, what were you doing? I am an ex-basketball player, I played a year in Greece and I am a streetball legend.

Is this where the “Shaq” nickname comes from? Yep, my nickname was Shaq. Everybody in Harlem, Rucker Park, they know me as Shaq.

Could you see yourself ever becoming a sports commentator, or something of that nature? It’s funny you’d ask me that because I did that in college. I do see myself as a basketball analyst in the future.

What did you think about The Throne (Jay-Z and Kanye West’s) Watch the Throne? I think Watch the Throne is a hot album, it’s different. It’s something which shows their talents on other levels, it shows a different side of them. I loved the marketing and promotion and it is a very inspirational album. If you are trying to get into album, deep, it is your blueprint. It does not have that bounce shit, it is something different for the listeners.

Do you have any shoutouts? Chauncity movement, Billionz, Devon Mack, Hip Hop Vibe for the interview.