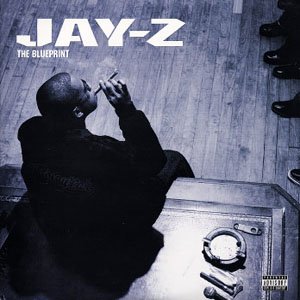 Ten years ago, today, Jay-Z released his sixth studio album, The Blueprint. By 1998, Jay-Z had risen to become one of rap’s most popular figures. While many considered Jay-Z to be on top of the game, Jay-Z wanted more. In 2001, he intended to obtain this.

Jay-Z had released many radio-friendly records, while maintaining his street edge. But, many longtime Jay-Z fans were disappointed. Hardcore Jay-Z fans wanted him to return to his Reasonable Doubt phase. Jay-Z had other plans, as he was older and wiser.

After releasing two albums, which served as promotional tools for his Roc-A-Fella artists, Jay-Z focused solely on himself and the crown. Jay-Z used The Blueprint to display his lyrical ability and his distinct wordplay. During this period of time, he also used his album to take shots at his rivals. Among the rivals Jay-Z had was Prodigy, of Mobb Deep, which he called out, along with Nas.

While Jay-Z and Nas knew of each other and frequented the same areas, they did not have much of a personal relationship. Early in their careers, the rappers took a picture together. Following the death of The Notorious B.I.G., many felt either Jay-Z or Nas would assume the throne in New York. Jay-Z continued to release popular, radio and street friendly, music. Meanwhile, Nas made several attempts to go pop, which all blew up in his face.

Nas’ career was hanging on by a thread and Jay-Z hoped to deliver the final punch. The two began trading disses during the summer of 2001. Things came to a head when Jay-Z extended his “Takeover” song and used two verses to diss Nas. Following “Takeover,” many crowned Jay-Z the winner and fans began taking sides. Aside from the Jay-Z vs. Nas feud, Jay-Z created an album many rappers have attempted to imitate in their careers.

On The Blueprint, Jay-Z was able to mix the corporate world with the streets. In his lyrics, he spoke of making money both ways. By 2001, Jay-Z was worth $100 million and he was not afraid to boast about this, as he counted his millions on “U Don’t Know.” Not only did Jay-Z create memorable anthems on this album, he also introduced the world to Kanye West, who appeared in his “Izzo” video. Just Blaze was also introduced to the world on this album.

Ten years later, The Blueprint is still relevant and it is considered one of Jay-Z’s best albums. Kanye West is not only one of the top producers in the game, he is also one of the biggest rap stars. Meanwhile, Just Blaze is also considered to be one of the best producers in the game. Had it not been for the success of The Blueprint, it is safe to say Jay-Z would not have the current status he does, nor would Kanye West and Just Blaze have the acclaim they do today.