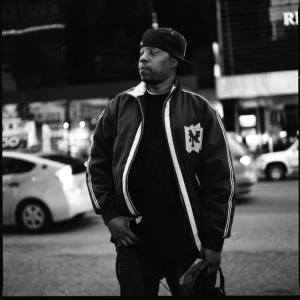 In 2000, Justin Case launched his own label and began working with Redman through Icadon. Now, eleven years later, Justin Case is one of the biggest names on the underground circuit. Having been around for years, he has several ventures going and they are all going strong.

Through his affiliation with Redman, Justin Case became big in merchandising.

Currently, Justin Case is an artist, A&R, manager, and a full-fledged businessman. Justin Case works with all the names, both big and small and now he is pushing his own music career. While pushing his career, he is still successfully running his business. For years, Justin Case has been successful in the game and now he sat down for an exclusive interview with Hip Hop Vibe.

Read the full interview below:

How far have you come from where you started to where you are at now? Oh man, it took me ten years. I started off wanting to be an artist, but I did not know any business. But, I learned the business in seven to ten years and now things are taking off. Back then, I was just there, running around. Now, it is all business and I’m getting my stuff together. I came a long way now. I came from nothing to going all around the world. Still, I have a long way to go.

Where did the moniker, ‘Dollarmentary,’ come from? Dollarmentary. My name was Stack a Dollar for years when I was on the streets. My friend gave me a book, which was named Stack a Dollar and I ended up taking that name. But, as I grew, I ended up outgrowing my name. Everybody had the word ‘Stack’ in their name. So, when I was putting together a DVD for myself, I decided to name myself Dollarmentary and put out my first mixtape. The name stuck.

Last year, I toured with Snoop Dogg and he inherited my name. I’ve called myself Dollarmentary for years and now Snoop Dogg is calling his album Doggumentary. It’s all good though, I love being a trend-setter.

Can you talk about your record label? That’s another story. We got Idolize Music (with Vinny Idol) and Space Cadets. Redman sort of oversees Space Cadets, because it started off his vibe. Working with him led to me starting the company. My style changed while I was working with Redman. He helped me to calm my music down and Space Cadets has become my company and now we are worldwide. Various countries and states are following the music and we have a compilation album coming out. I put out a mixtape in 2007, when I was in Amsterdam and that release solidified the movement.

Space Cadets is down with High Times magazine, 4/20 magazine, and all the 4/20 social networks. We’re down with everyone in that circuit. We also linked up with new producers and we have a team which spans from Canada down to Brooklyn. Currently, we are trying to link up with Europe, Germany, United Kingdom, and then all of the way back to the United States. We have no major machine behind us, we are independent. After this, we will be moving on to the next project.

When did you have “that feeling” when you knew you made it? It hit a while ago, but people do not realize this life is full of up and downs. I call this the glass door, you can be so close and can see everything, but you still cannot get it. From the outside, it looks nice, but we still want to go farther. Even down to this interview, I have “that feeling.” When people tell me they like my movement, it feels much better than making money. I’ve been doing this before I even thought rap would get me rich. I used to hustle on the streets, so I am used to having money.

Everyone thinks they can make it when their videos hit MTV. I could have been on MTV, but I decided to take another route. Many of the artists under me want to take that route, but I do things differently from the others. Sometimes, I have to watch other people’s movement to see what they are really about.

What was your role with MTV a few years ago? We had a couple of things going on with them. I never had a real deal with them, my man Rahmon Dukes, who started ‘Mixtape Mondays,’ hooked me up. I used to go over there and work with him up there at the offices at MTV. I have a street team in New York and we used to work right in front of the MTV offices, selling our albums, going into the building and they sent people out, so we did a show with them.

MTV taped us for a full year and we did interviews for a year. The show never really came out, but it was available online. We signed contracts and were close to making things happen. I’ve been trying to get copies of the work to show to potential partners, but MTV won’t release it. Even the producers who filmed us don’t have access to the footage.

Did that situation make you shy away from working with bigger companies? Not really, I’m an all-forward person. I took it as an opportunity, MTV wanted to work with us. At the end of the day, I don’t think it was MTV. I believe it was someone behind the scenes who blocked our run. It was someone who knew our deal with MTV is what would have put us over the top. At the end of the day, I believe MTV will release the footage. I still go all over the world doing what I do, but I love the freedom that comes with being independent. My man still works at MTV, by the way.

How many artists do you have under you and affiliated with you? Right now, I have four official artists and through Vinny Idol, we have six groups. We have Young N.A from the Bronx and a few other rising artists. The Penthouse Boys have an album out. I’m pushing Geda K, formerly from Roc-A-Fella Records through Memphis Bleek’s Get Low Records. Geda is not signed to me, but I helped out with A&R and executive production on his album with AK Chop. His project is coming through Idolize Distrubution. Former “106 & Park” champion Big Will, from St. Louis.

Let me think of some more, we also have AK Chop, The Penthouse Boys from the Bronx, Naturally Amazing from the Bronx, DJ MoFire, who did all my past mixtapes until 2007. We have Icadon is signed to Redman’s Gilla House, but he is affiliated with Idolize Music. We have Incredible Barz, Space Doggz, ABS, GBA, Young Hustle, Young Cakin, and Young Dula. The last three make up TPM, a group. We also have Young Flames, these are all young guys who are working with me. Another group we have is Pinky’s Up, they’re out of Brownsville, Brooklyn. Also, Myster DL.

How many independent record labels are you affiliated with? Well, I am focusing on Idolize Music and my own Space Cadets, Icadon has his own label, called Johnny Pump Records and I help him out over there, but that is his own company.

Will you have any big names on your next release? My next release is called Last Train to Amsterdam. I got the Coffee Brothers and I got J. Smitty from Face Mob, they work with Scarface. I got Embassy Elite and they will be on the project. They are based out of Brooklyn and they put together my last two videos. In the near future, people will be hearing a lot out of them. As of now, that is it, but there are more people, but I’m still waiting to receive their verses. Other than that, I got Redman on the Space Cadets mixtape.