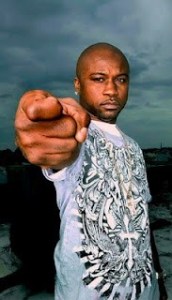 Mobb Deep is back with a major way now that Prodigy is a free man. He has been making his rounds and working with several different artists. One of the first statements made, aside from talking G-Unit, was the possibility of Mobb Deep and Nas working together again.

During the 1990s, Mobb Deep and Nas worked so closely, Nas was considered an honorary third member. The duo was so close with Nas, he was brought into their feud with Jay-Z. It was following this when Nas stopped working with Mobb Deep.

In 2005, 50 Cent and Nas began feuding and Mobb Deep joined the feud, signing with G-Unit Records. From this point on, there has been slight beef between Nas and Mobb Deep. However, Nas said they are all past their issues and ready to make music.

What was initially intended to be only a few collaborations, has turned into a full project, according to Havoc, the producer and one half of Mobb Deep. Aside from the solo Prodigy album and the upcoming release from Mobb Deep, Havoc said Nas will be recording an album with Mobb Deep.