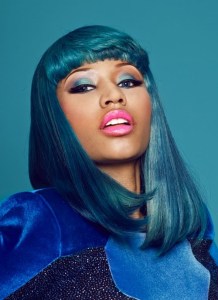 Ever since the release of Pink Friday, fans have been waiting for word about a new Nicki Minaj album. Only months after she released her debut, Nicki said she would release another album before the end of this year. However, when the album release schedule was released, her album was nowhere to be found.

Nicki Minaj released her debut album only one month before the end of the year. Her singles from the album were actually geared towards the summer. With the summer season already in motion, her songs are getting radio play. Nicki is currently preparing for the release of videos for “Did it on Em,” “Fly,” and “Super Bass.”

However, Nicki Minaj said her focus will change once those songs are released. She has been recording, while on tour, and the songs will make up her new album. Nicki Minaj said fans will know more than enough about her next album before the end of September 2011.