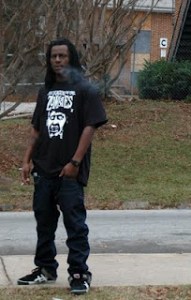 In only a month, Rick Ross doubled the size of his Maybach Music record label. Ross added Wale, Meek Mill, and Pill to the roster and then signed a distribution deal with Warner Bros. Records. With everything falling into place, Rick Ross has the team working on a compilation album.

Recently, Pill spoke about his role with the label. Being signed to a label that boasts Rick Ross as the star and Wale and Meek Mill as the supporting cast, Pill announced his role. While they may be more lyrical than he is, Pill says he is the rawest member of the crew. Pill said he will be Maybach Music’s voice of the hood.

Pill not only said he was the rawest rapper on his label, he is also the rawest rapper in the game. On his mixtapes, Pill said he makes tracks for the hood, giving a reality check. Rick Ross often raps about the money, the women, and of course Rozay. With such a flashy rapper on Maybach Music, and the name, it is up to Pill to even things out.