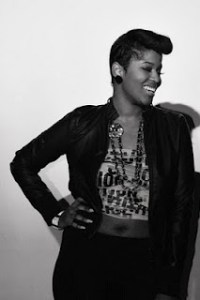 Before Maybach Music became as big of a deal as it currently is today, Audra the Rapper was associated with Rick Ross. During the summer of 2009, Audra met Ross at a radio station. While at the station, Ross gave Audra his Twitter information and the two had some communication.

However, a few months passed before Audra the Rapper even heard from Rick Ross again. During the time away, Audra had put together her mixtape, The Miseducation of Audra. On the mixtape, she released her own version of Ross’ hit, “B.M.F.” Upon hearing the remix, Rick Ross called her and showed his support.

In the time since then, Rick Ross has signed several artists to his still-growing Maybach Music label. Ross has also inked a long-term distrubution deal with Warner Bros. Records. Audra the Rapper reflected on her partnership with Maybach Music and she feels she happened to be at the right place at the right time, nothing more, nothing less.