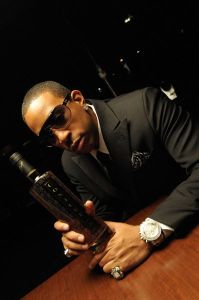 In 2009, Ludacris intended to release Ludaversal, the follow-up to his 2008 album, Theater of the Mind. However, he also agreed to finally release his Battle of the Sexes album with Shawnna. In the middle of recording, Shawnna decided to leave DTP Records in favor of T-Pain’s Nappy Boy label.

While Ludacris held no ill will towards Shawnna for leaving, he did remove her recordings from the album. Ludacris made the decision to release Battle of the Sexes as his next solo album. With this decision came the delay of Theater of the Mind until 2011. Ludacris had to focus to make the album his and set it up for a 2010 release.

Recently, Ludacris discussed his Ludaversal album and how it is coming along. The Atlanta rapper is again working with Pharrell and his Neptunes production team. Ludacris promised the fans his album would definitely be released before the end of this year, as he has decided to begin releasing an album a year again.