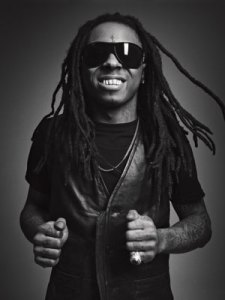 Following the release of Tha Carter III, Lil Wayne announced he would retire when he turned 35. At time time, Wayne was about to turn 26. Because he was so young, no one focused too much on what he was saying. It turned out Lil Wayne is still very serious about retiring.

Having been in the game, as a solo artist, for twelve years, Wayne has released nine albums. In May, he will release his tenth, in Tha Carter IV. Even though he has yet to release his next album, Lil Wayne is already thinking about the follow-up to his upcoming album.

Lil Wayne said he will release as much music as he can because he will be gone after his 35th birthday. Wayne has dominated the rap game for nearly three years, already. When he retires, Wayne will focus on the business side of Young Money, with Drake and Nicki Minaj running the show. Lil Wayne has stuck by what he has said, confirming he will end his career when he turns 35.

Wayne said he will be the first Young Money artist to retire from the game.