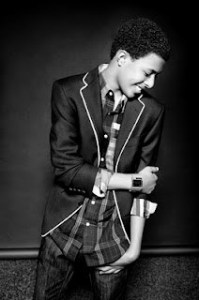 Late in 2009, Diggy Simmons began recording music. As a part of the legendary Simmons family, rapping comes natural to Diggy. Ever since 2007, his older brother, JoJo, has been recording with Team BLACKOUT. The group was compared to Run-DMC by many close to them.

Early in 2010, Diggy shocked rap fans when Atlantic Records announced they had signed him. JoJo’s group had been recording for three years and had a minor deal with Koch Records. Many gossip sites tried to create friction between the brothers. This all ended when their sister, Angela, stepped in and diffused the rumors.

Last spring, Diggy Simmons released a video and he has been featured in several commercials. Even with a major label deal and being a “rich kid,” Diggy Simmons has remained grounded. Recently, he discussed being featured on XXL as one of the 2011 Freshmen rappers. Despite being featured, Diggy said there are plenty of people who do not even know he raps.