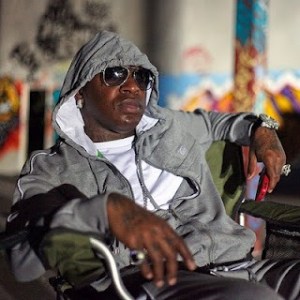 While Cash Money Records does not receive the radio play they received in the late 1990s, they are still one of hip hop’s hottest labels. In 2005, a subsidiary label, Young Money, was launched by longtime artist, Lil Wayne.

Young Money Entertainment has gone from being the side project from Lil Wayne to being the hottest movement in rap. Drake and Nicki Minaj are currently signed to the label. Their success has carried the entire Cash Money label.

Rick Ross launched his Maybach Music label back in 2008. After his high-profile feud with 50 Cent, Rick Ross’ career has taken off. Last year, he was one of the most popular rappers in the game and he used his popularity to build his label. Ross now has plans for his Maybach Music imprint to take the place of Young Money.

Birdman and Rick Ross have been friends for some time. Ever since 2008, the two rappers have been working on a collaboration album. Birdman has used their friendship to recruit him to join Cash Money in a lucrative deal. Rick Ross’ contract with Def Jam has expired and he is a free agent. Now, he is looking for a deal to suit both his music and his label. Ross recently added Wale and Meek Mill to his rapidly-growin roster. Maybach Music Group is likely to take off in 2011.

Recently, Birdman put together a solid offer for Rick Ross to sign a deal that would make Cash Money the sole distributor for Maybach Music and the entire artist roster. Other labels have also been attempting to land a deal with Rick Ross. The labels include his longtime home of Def Jam, Jay-Z’s Roc Nation, and Diddy has been trying to have Ross sign with Bad Boy Records to continue his plans of reviving the label. However, the only person actively talking with Rick Ross is Birdman.

While they are not close to landing a deal, they are talking.