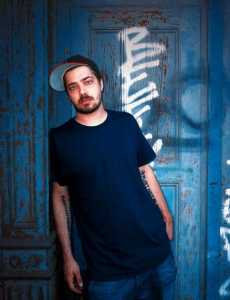 Aesop Rock is a rapper and producer that was at the forefront of the underground and alternative hip hop movement of the late 90’s and early 2000’s. Named from a character he played in a movie, Aesop is known for a very unusual big word heavy hip hop style, but his rhymes will blow you away.

He is also a member of the hip hop group the Weathermen, which includes himself, Tame One, Cage, Yak Ballz, El-P, and Breeze Brewin. They released a mixtape in 2003, and plan to release a full length LP in 2010.

Aesop has always been at the forefront of the underground movement, but probably made his most noise with his 2001 Labor Days album, due to the single “Daylight.” Aesop is a very abstract artist that may not be the easiest or most pleasant to listen to, but if you are a fan of impressive wordplay, he is definitely worth a shot.

My favorite hip hop line ever comes courtesy of Aesop, from the track Daylight. “Life’s not a bitch/life is a beautiful woman/you only call her a bitch, cuz she won’t let you get that p**sy/maybe she didn’t feel y’all shared any similar interests/or maybe you’re just an asshole who couldn’t sweet talk the princess”

That is a great representation of Aesop–brilliant wordplay, funny, just mad talented. Do yourself a favor and give it a shot–he can be hard to get into, and may not be for everyone, but if you give it a try I bet you get hooked.

Best tracks: “Daylight” “No Regrets” “The Mayor and the Crook”