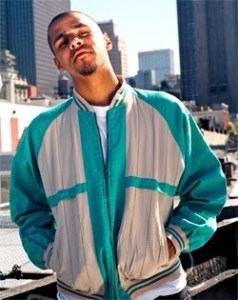 There has been talk of J. Cole for some time now. He has been working on his top-secret debut album since 2008. Not too many people were interested in J. Cole, initially. But, he gained worldwide exposure when Jay-Z featured him on “A Star is Born.” Cole’s verse on that song landed him all the exposure and hype he needed.

Many people assumed that his debut album would be released sometime before the end of 2009. Despite what people thought, his album did not come then. Late last year, his first single was released. “Lights Please” was not promoted very much, but still gained notable airplay. The song only intensified hype about his debut album.

Now, with the release of “Who Dat,” his latest single, people are wondering when his album will be released. Drake has already compared him to Nas and the people want Cole to deliver. He has yet to choose a title for the album and he does not have a set release date. J. Cole wants to set a late summer release for his album. He wants the album to come out in either late August or early September. In the near future, J. Cole will reveal the album title.